What looked like the ceiling is now a floor.

I do feel that the numbers coming out this week above 107 mmt
and talk of a 110 mmt are getting close to irrational exhuberance.

The NE and RGDS benefitted much from the recent rains.

I still must caution that planted area of soy could be a late
season surprise that could pull the final production tally down a bit.

But, depending on the final tally of 1st crop corn production and
planted area, we could drop soy area down a tad.

Also, Parana, MGDS, Goias, MT, MG, and SP all have a ban on 2nd crop
planted area of soybeans. In years past, this has been as much as 400,000 ha
nationally. This has helped push the production higher.
RGDS still has 2nd crop soy as it is planted after wheat.
But, it still is only the one crop of soy per year. It just gets planted
into January and acts like a 2nd crop.

Whatever the final tally, Brazil has record soy crop hands down.

Increased fertilizer usage, more use of Intacta genetics, and precision
ag combined with normal to even above normal rainfall helped Brazil
rebound from last year´s set back.

Mato Grosso has a phenomenal soy crop. Recent rainy weather has caused some
losses to accrue. A few hundred thousand tons have been been lost due to seed burn,
mold, and sprouting issues. I am not sure if we subtract from 31 mmt or maybe at one time
32 mmt. 9.3 M ha X 3.5 tons/ha =  32 mmt+.
It seems like everyone had at least 60 sacs per ha soy.

Transport is the big issue. Mud - mud and more mud. Beans are trying to go north
but hundreds of trucks are stranded in Para state. It was forecast that 9 million tons
could have been shipped north to Amazon this year for both soy and corn.
With conditions like this and a return to normal rainfall patterns, this is now in question.

The plus side of the drought last year was cheap freight and good road conditions.
Today we have the flip side.

This means more grain will likely be routed to Santos and Paranagua.

Carnival the next few days in Brazil. In March, Brazil will come back to life.

We have talk of opening up BR land to foreigners again. Let us see what the details
will be. I have been waiting for this day since August 2010. This is when they slammed
the brakes on foreign investment and the start of Brazil´s demise into political and economic
no man´s land. It is time for a new cycle to begin.

If the government would not have interrupted things back in 2010, we would not
be dealing with the logistical questions yet today as per roads and railroads.
(At least to a lesser extent than we see today)

The global powers are trying to find out a workable solution to the new world
we find ourselves in. China cannot get caught with her pants off as per protein needs
over the next decade. Brazil does not want to give up national sovereignty to other
country´s that want to suck her dry and call her dusty. Meanwhile, USA is pounding
the nationalistic drum so the whole world can hear it. Listen to ME !!!!!!

Bottom line to all of this is that China is working on a 50 year plan.
USA is looking 3 to 6 months ahead.
Brazil does not have plan.

How do we get these three capital and food producing powerhouses on the
same page so none of them feel taken advantage of?

China wants to help with BR infrastructure. Let them.
Let BR farmers produce the grain that they do so well.
Let China help ship it via rail and port systems.
Let USA supply cheap capital and precision ag products so we can
produce more with less area and, in theory, it will be a win win win for
everyone and the environment also. 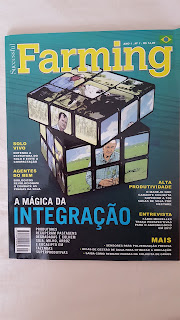 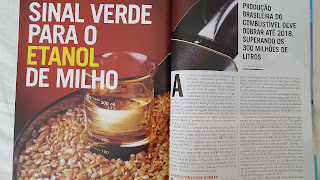