This question has been bugging me for two months.

We knew about 400,000 hectares were switched from 1st crop
corn last season. That still left us with 1.3 million new hectares.

Given the dollar exchange rate last year at this time and the tight
cashflows, it made no sense for Brazil to keep the pedal to the metal.

I think about 300,000 hectares that Conab found in remote areas of
Para and Rondonia were actually "catch up" hectares. These were areas
being prepped back in 2013 for 2014. They may or maynot have been
planted. Maybe the 1st crop out of pasture was so-so at best. But those
hectares came on line with robusta in 2014/15.

This leaves us with about 1 million new hectares on a year over year basis.
This is slower than the previous 2.5 million hectare increase year over year,
but still respectable none the less.

An article was published June 25th at the 7th Congress of Brazilian soy.
Here they were discussing the continuing agronomic problem of planting
soybeans on soybeans in Brazil. In Mato Grosso they have extended the
no plant window. Yet, many producers squeezed in a 2nd crop and planted
their own seed again.

In Parana state, the increase of soybeans on soybeans was up 21% year over year.

Crop scientists are concerned about the ineffectiveness of fungicides in the future
if we continue to push the limits on soybean rust resistance. In a few years, we might
not have the tools to control rust effectively and within a reasonable cost parameters.

The datapoint that stood out for me was that 680,000 hectares were planted to
a 2nd crop soybean this past year. With a yeild of ~2.8 tons/ha, this is about
2 million tons of bonus soybeans this past crop cycle.

With the June Conab report showing production of 96 million tons of
soybeans this past season, we can now see that the 1st crop or main crop
was circa 94 million tons. This makes sense now.

I wish Conab would give a 2nd crop soybean designation so we could all get
a better grasp as to what hectares are coming from crop switching, pasture conversion,
and double crop of soy.

There is talk of widening the no plant window even further for 2016.
If so, we may have see the peak of soy/soy area.

But with cheap corn prices, the ability to replant your own seed, and the
profitability of soy/soy, one cannot blame the farmer for trying.

The increase in Brazil soy area basis is first crop was more like 3% YoY
and not 5% as previously thought.

The pace of expansion is slowing.

With the recent rally in soybeans, this puts many areas back in the black for
2016 in the interior of Brazil.

This helps firm up the 2016 planting intentions for Brazil.

Posted by Kory Melby at 6:15 AM No comments:

I must say the past month has been confusing.

Conab increased the size of the 2015 soybean crop yet again.
About 300,000 ghost hectares were found in remote areas of
Brazil.

I ask myself: did Brazil really expand by 1.7 million hectares last year?

Could this number actually be a catch up number for two years?
Maybe the 2014 crop was a bit larger than we thought after mini-drought?

I do not have an answer. I am trying to square the circle and look forward.

In the past week, I have read two Brazilian consultants forecast small
increases for the 2016 crop.

I scratch my head. Really?  Are we so sure?

Credit is more expensive and the funds will be going out late.
In some locals, fertilizer and chemical sales are said to be delayed by 60-80%
compared to last year.

Fertilizer sales are lagging 2014 volumes. Brazil fertilizer stats delivered
to consumer are down 12% compared to 2014. Historically, this has
been a leading indicator to soybean expansion by this time of year.
(Special update sent out to subscribers)
http://www.brazilintl.com/states/matogrosso/korymelby/kory_newsletter/km_newletter.htm

The exchange rate is the incentivizer for 2016 soybeans. More so in the
Southern states where soybeans are still profitable. For the interior of Brazil
and Mato Grosso, it is all a crap shoot as per profitability for 2016.

Today I read that Agro-consult is forecasting a small drop in planted area.
I shouted "Alleluia" when I read the article.
Someone is actually thinking. I have been the conservative voice with these numbers
in recent months, and I have been proven wrong time and time again by one
agency or another.

I have been saying for 12 months that the numbers i.e. cashflows do not
justify accelerated expansion in many regions. It is time for Brazil to take
a break- tap the brakes and make sure China needs all these damn beans.

The fertilizer sales needs to be watched in the next 60 days.

We could be on the cusp of a big surprise come October. 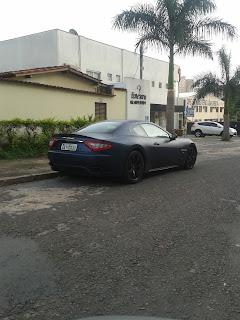